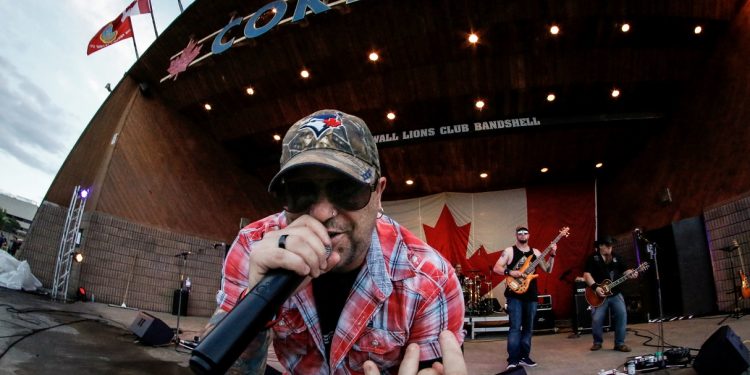 Cornwall Ontario – It was rainy and cool on Canada Day, but that didn’t dampen the spirits of Switchgear. The country band brought the heat to Lamoureux Park on July 1st and played a fantastic set.

“It always feels amazing playing the Bandshell, but especially on Canada day since we are all proud Canadians and lucky to live in the best country,” said lead singer Jamie Jarvo patriotically.

There were hundreds of people in attendance after the down pour, but the park started to fill up again before the fireworks.

“I think my favourite part is feeding off the energy of the people and giving it our all for the celebrations. It’s nice to play to so many people,” guitarist and vocalist Jason Sauve added.

Other musical entertainment that day included Mandee Woods, The Don Scott band, and a slew of others. There was also dancing by different groups including the popular Beat Central Dance Company.

What’s next for Switchgear? They have an album release in September, and they are playing a few more festivals this summer.

“Next for Switchgear is an album release in September, Cornwall Ribfest and the end of July, and the Arnprior Fair in August, and of course the Boot Hill “Country” Jamboree with Emerson Drive, Julian Austin, and the Road Hammers, and of course back to the Bandshell for Arts in the Park, Jamie Jarvo concluded”.