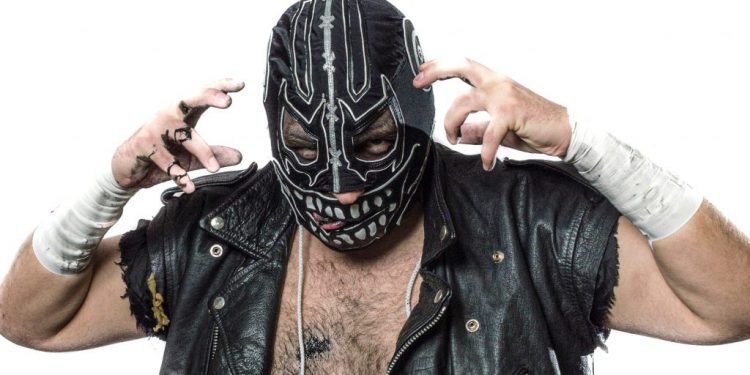 There are two AEW wrestlers on the card: All Elite Wrestling’s Stu Grayson and Evil Uno. The Dark Order (Evil Uno and Stu Grayson) won a three-way tag team match on July 13th at AEW Fight for the Fallen. They earned a first-round bye in the AEW World Tag Team Championship tournament at All Out on August 31st.

This is exciting news for Cornwall fans because AEW is a start-up professional wrestling sports entertainment organization expected to compete directly with WWE for fans and viewership. Stu Grayson and Evil Uno are among the first generation of superstars in AEW – and they will be right here in Cornwall.

Although they are a tag team, each will be wrestling in singles matches at the Cornwall event.

Evil Uno will face off against Space Monkey in a match presented by FreshCo. Evil Uno has the size and strength advantage, while Space Monkey has the edge in agility and ability to use high flying maneuvers. Although Evil Uno is a favorite to win this match, he will not underestimate his opponent.

“This is a first-time match-up. We’ve never had a singles wrestling match and I’m always excited to wrestle someone I’m unfamiliar with. I think it would be foolish to underestimate Space Monkey. He’s a world-traveled athlete. Yes, he might be a silly looking monkey, but you don’t make a name of yourself without having a couple of tricks up your sleeve,” Evil Uno said.

Perhaps Evil Uno has a unique understanding of the Space Monkey persona because prior to being Evil Uno he had a gimmick as a video game inspired character.

“I used to be named Player Uno and was essentially a video game character for most of my life. For years, I grew annoyed with being seen as a child. No one wanted to take me seriously and it angered me. The name change was in part a nod at me showing that I’m not just some fun-loving child and to not underestimate me,” Evil Uno stated.

He also adorns a mask when wrestling.

In addition to being an accomplished wrestler, Evil Uno also has strong mic skills. He has the ability to cut excellent promos.

“I’ve been a pro wrestler since I was 14 years old, and so speaking publically was instilled into me at a young age. I have an ease with words because every single thing I say is something I believe in. If I tell you I’m going to beat you, it’s because I will beat you. I never lie. Trust me,” Evil Uno remarked.

Outside the ring, Evil Uno is a wrestling teacher. He has a school called The Keep in Gatineau, Quebec.

“Wrestling is what I do outside of my in-ring life. I teach the next generation of wrestlers at my wrestling school The Keep in Gatineau, Quebec. As I teach them, I reinforce my techniques and put more practice towards my art. I spend a lot of time studying tape and studying my opponents. When it comes to wrestling, I want to make sure I’m always the smartest, most prepared person in the ring,” Evil Uno went on.

Evil Uno attended a Pro Wrestling school at the age of 14. Now it has come full circle, and the student has become the teacher.

“I went to the Bodyslammers Pro Wrestling school when I was 14 years old, back when it was active in Gatineau, QC. While I don’t regret anything I’ve done in my career, I think I would have told a younger self that the highest risks aren’t always the most rewarding. I think it’s fantastic that I get to shape the minds of new wrestlers nowadays. I want the next generation to go in knowing as much as I do right now, over 15 years after my debut,” Evil Uno added.

After years of successful work in the independent circuit, and working in Pro Wrestling Guerrilla (PWG) and in Ring of Honor (ROH), Evil Uno has earned an opportunity to compete in All Elite Wrestling (AEW).

“It was a long time coming. People may not understand this, but we have been absent from the US wrestling scene for nearly 7 years. We still believe we’re the best tag team in the world and I can’t wait to show the world the truth,” Evil Uno noted.

The Dark Order t-shirts are official AEW merchandise and they are available online.

“I got it designed by an artist I’ve worked with closely on previous projects, so I am very happy with it,” Evil Uno disclosed.

Wrestling fans in nearby towns and cities should make the trip to Cornwall to see this event.

“Come to Cornwall. I promise you that not only will I outsmart, outwork and outperform Space Monkey, but I am going to make you respect my art. All hail the Dark Order,” Evil Uno concluded.

In the main event, All Elite Wrestling’s Stu Grayson will face off against NSPW Maritimes champion Dynamite Dylan Davis in an event presented by Seaway Hyundai.

General admission tickets are available at Fantasy Realm and at Short Line Convenience Store. VIP tickets have already sold out for this event. The last 3 shows Seaway Valley Wrestling events sold out. Get your tickets before it’s too late!

“SVW wants to prove to everyone we’re here to stay and why we’re the hottest tickets in town,” said Seaway Valley Wrestling owner Alain Allaire.

3 Essential Things to Do Before Listing Your House