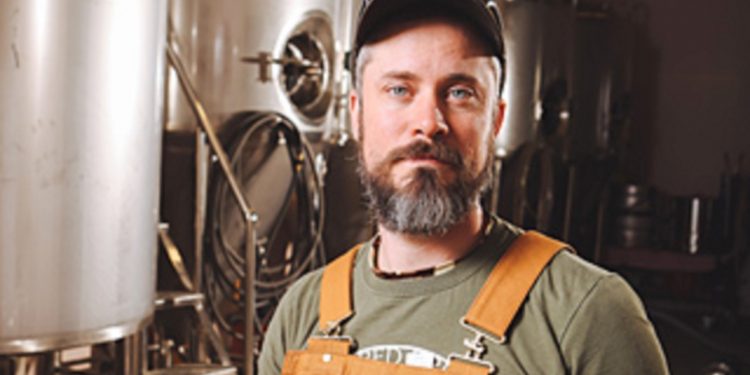 “Seaway Food Festival’s Summer Beer Fest is our home event – so we want to bring beers you can’t get at the brewery! Stops and Goes is a great seller for us, so we wanted to play with it in a way that people will appreciate. Blood oranges highlight and complement the citrus already present in Stops and Goes, and will be a very refreshing beer for July 9th” stated Andy Rorabeck, owner of Rurban Brewing.

Rurban Brewing is Cornwall’s first brewery in nearly a hundred years. Every drop of beer brewed is history in the making.

“Rurban Brewing started as the Rural and Urban Brewing Company, but was shortened. Neither were easy to say, but both encapsulate the usual brewing process (rural grains and hops brought to urban centres to be transformed into beer), and Cornwall’s “small town” feel and setting,” explained Rorabeck.

The former science school teacher made the hop to brewing, and hasn’t stopped since.

“The transition from teaching to brewing wasn’t hard. The hard part was deciding to leave teaching and put all our resources into the brewery!” Rorabeck reflected.

Like any school teacher who has to plan a lesson, Rorabeck has to plan his beers. Any great creation starts with an idea.

“For beer creation, I usually imagine the final product in the glass, think of as many ways as I can to create that, then pick the way that suits my (and my brewery’s) strengths,” Rorabeck declared.

The microbrewery’s early success can be attributed to a delicious product made locally and a grassroots effort to interact with customers. It is perhaps no surprise that the reaction from the community has been very positive.

“The reaction has been support beyond our expectations, neat partnering with local organizations, fun events at some of our tap accounts, being able to support worthwhile causes with many donations for silent auctions, and being able to interact in a grass roots fashion with our customers. There are very few breweries where you are being served by the owners, and can talk directly with the person responsible for creating and handling every can of beer in the place. Also, every millilitre of beer with our name on it is produced on-site. There are very few breweries that can say that too!” said Rorabeck.

The number of restaurants, bars, and venues that have Rurban on tap or available in bottle is continuing to grow.

“Our beer is available for consumption at our local supporters such as the CFSACO, Captain George’s, Esca, Jet Set, the Lancaster Curling Club, Pure Esthetics, Quinn’s Inn, Schnitzel’s, Sheep’s Head, the St. Lawrence Acoustic Stage, Summerheights, Table 21, and Truffles. We have more tap accounts in the works, and we’ll list them on our website as they join in,” Rorabeck confirmed.

The next steps for Rurban Brewing include expansion, partnerships, new beers, and giving back to the community.

“The immediate future is an expansion so we can keep some beer types in stock, and not keep running out of them. We also have some partnerships in the works where we are going to create a special beers for events, and designate proceeds to local causes and organizations,” Rorabeck replied.

Rurban Brewing is located at 414 Cumberland Street in Cornwall Ontario. To learn more about the different types of beers they have in stock visit their website.