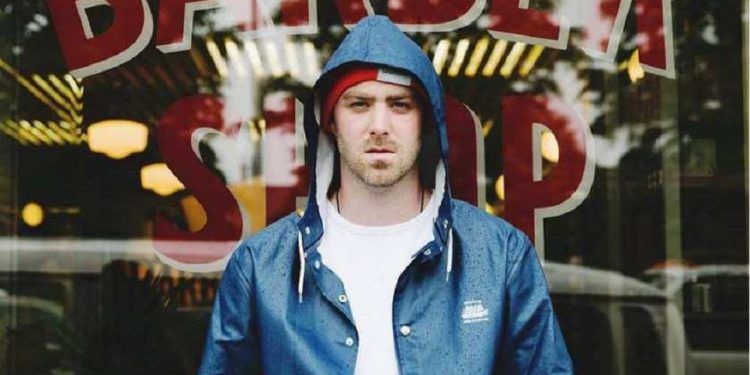 Classified, born Luke Boyd, has had a #1 album on the Canadian charts and has had individual songs reach the top ten; one song even went quadruple platinum. He has also opened for Snoop Dogg, The Black Eyed Peas, Ludacris, Busta Rhymes, Nelly, and many other notable musicians.

The hip hopping, fast-talking, hit making ninja from Nova Scotia will be visiting Cornwall Ontario for the very first time hot off the release of his 15th studio album “Greatful” – a popular misspelling of the word grateful.

“The whole point of it was to spell it different so people would look at it different, rather than just being grateful for something. That was the topic of the whole album, that I am grateful for what I get to do. I get to make music, I have my own studio, and at my age still making hip hop and living in the home town I grew up in, doing what I want. At the same time, it’s trying to be motivating, trying to be great at what ever it is you’re doing, whether it be music or your job or whatever it is. Try to be great at it. If you get to a point you’re satisfied with it, you’re grateful for it. That’s why I spell grateful with great. I know how to spell grateful, this was done on purpose”, Classified clarified.

In addition to opening for Snoop Dogg, the famous rapper was also featured on Classified’s song “No Pressure”. Having Snopp Dogg featured in a song on his last album was a bucket list item for Classified and a dream come true.

“Growing up in the 90s, I listened to his music. It was cool, it was different, I never heard anything like this. I’ve always been a big Snoop fan. We’ve done a lot of shows over the years. We reached out a couple of times about trying to make something happen on record. It just never worked out. Snoop was actually coming to Nova Scotia to shoot the Trailer Park Boys. I knew the Trailer Park Boys, so when he was here, I came up to the set and talked to him. We basically recorded it in his hotel when he was here. That was a big bucket list thing for me, I grew up with his music. Snoop was probably my biggest aspiration to get a feature with, and I got to do that. I’m grateful (greatful)”, Classified stated.

Classified also produces albums and has been featured on other musicians albums too.

“I produced a lot of albums, for Ria Mae I produced all her albums and rapped on her record. Other rappers from the States as well like Royce Da 5’9″; D12. A lot of different underground acts. I’ve been lucky to work with a lot of different people”, Classified reflected.

In 2013 Classified won a Juno Awards for “Rap Recording of the Year” for the song “Inner Ninja”. That song came about when Classified was working along side David Myles in the studio.

“David Myles, he’s a guy I produced, and work a lot with in the studio. He played me a bunch of demos and played me that first rift. As soon as I heard it, I was like that is cool, that is different, I’ve never heard anything like that. He recorded those lines and left it with me in the studio, and I built the beat around that. I was a kid who grew up with martial arts and karate, ninja’s and all that stuff. So we were just joking around about it, finding our inner ninja for this. We called it that. It started off more as a joke at first. We started messing around with it, and we were like we should go with it. It became the biggest Canadian song that year. A lot of luck, but it was fun, just playing around in the studio. Sometimes that is when you can get your best stuff, when you’re not really trying, nothing too serious, just messing around, and see what happens”, Classified acknowledged.

This was Classified’s first song to appeal to children too.

“A lot of my music never reached children before, but that one there is a fun song, a lot of people can relate too. My kids like that one too, they just have fun singing ni-ni-ni-ninja. I have kids singing on that chorus, and I find when ever kids hear kids on a record, they like the record”, Classified responded.

In addition to winning a Juno, Classified co-hosted the Juno Awards with Serena Ryder. Most of the weekend was a blur, but Classified’s fondest memory was performing along side Serena Ryder to open up the Awards ceremony.

“That whole weekend was a blur. We were on tour when that happened. We had a show in Ottawa on Saturday night, and as soon as we finished, we flew from there to Winnipeg for the Awards. We got up Sunday morning. I went to the venue and they started telling me what I was suppose to do. I took it in, and went forward. It was just fun. At first I was a little nervous because I thought it was going to be really uptight. I never hosted anything, I make rap music, and hang out at the studio all day. Doing something like that was different, but when it was all said and done, I’ll take it for what it’s worth – a fun time. I think the funnest part for me was performing that night. I got to open the show with Serena. We did a mix of one of my songs and one of her songs. Performing, that is where I feel the most comfortable, so that’s what I liked the most”, Classified reminisced.

Classified has also won several Much Music Video Awards including two for the song “Inner Ninja”. Does Classified miss the way Much use to primarily focus on music?

“It was more of an event when you have a video on Much. You have a chance of a million people hearing your music and seeing your video. Now with people not really watching TV in general… It’s cool in one way, anybody can put a video on Youtube and get it around, but there isn’t just one main platform people check for new music of the week. The internet doesn’t limit your market, but it is more saturated because there are a million new songs a day, not two new albums on a Tuesday, so that has changed. It gives the smaller guy who’s creative enough and talented enough a chance to get their music out to the rest of the world”, said Classified.

“I play that song every show, it’s usually how I close my show. We’re not playing July 1st, we had something lined up, we were booked for it, and the whole thing kind of fell apart at the last minute. I’m hoping to play in Halifax (for Canada Day)”, Classified disclosed.

“He lives five minutes down the road from me. We’re hoping they win. Last year when they won he had a big party at his house and we got to go down and play, perform at the party. It was a cool night out. Pittsburgh is definitely a big team people cheer for out here because of Crosby”, Classified observed.

Classified is playing Summer Beer Fest in Cornwall. However, his beer of choice is Alexander Keith’s brewed in his home province of Nova Scotia.

“When I drink beer, I go close to home, and I have to go with my classic Alexander Keith’s”, said Classified.

Classified is looking forward to playing Cornwall Ontario for the very first time.

“I’m excited to go there. I don’t think I played a show there. There are not too many places we play where it will be a first time. It’s one of our first summer festivals, and it’s going to be fun”, Classified concluded.

The 3rd edition of Summer Beer Fest runs from 11am to 11pm on Saturday, June 24th. It includes a full-day of music, craft beer and fine food tasting, and fun summertime activities. For more information on the festival, including ticket sales and a full time table of entertainment and activities, visit the official website.