The Unstoppable Rise of Basketball in Canada

by Editorial Board
in Sports, You May Also Like
Reading Time: 4 mins read
120 9 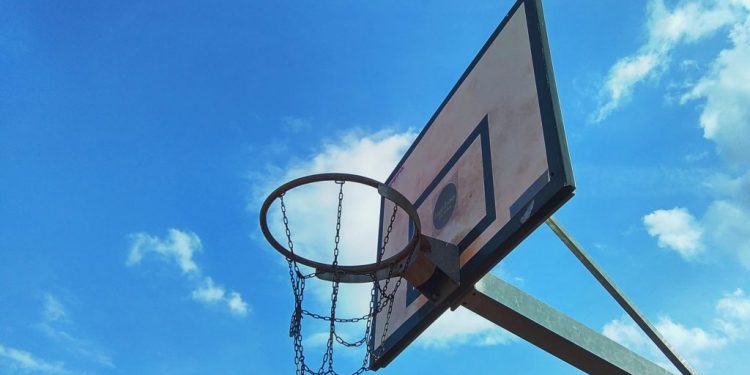 It was a Canadian, James Naismith (born Almonte, Ontario in 1861), who is credited with inventing basketball after moving to the USA. Back in the winter of 1891, as a physical educator in Springfield, Massachusetts, his simple game was designed as a way of getting an unruly group of young men interested in sport, using a soccer ball and two peach nets either side of a gymnasium. The rest, as they say, is history.

Considering the Canadian roots of the sport, with basketball now the second most popular sport in the world and played in more than 200 countries, it’s perhaps surprising the game has taken so long to genuinely take hold and establish itself in his native country; but times are certainly changing.

Growth amongst the Canadian Millennials

Without a doubt, ice hockey retains its huge national popularity and in 1994, an amended government bill was passed “to recognize hockey as Canada’s Winter Sport and lacrosse as Canada’s Summer Sport”. However, the dominance of hockey has faced a genuine challenge from basketball in the early 21st century, particularly amongst the millennial and with many factors contributing.

Some important aspects of basketball growth in Canada are obvious, such as the NBA expansion in the mid-1990s. Although the Vancouver Grizzlies lasted just six campaigns before the franchise moved south to Memphis, the Toronto Raptors have since enjoyed great success and have made the playoffs eight times since the turn of the century, regularly setting attendance records and becoming one of the most valuable NBA franchises.

The rise to prominence of key players has also helped create idols amongst younger generations, particularly in the last two decades. 2x NBA Most Valuable Player in 2005 and 2006, Steve Nash was also an 8x NBA All-Star, and is regarded as the greatest Canadian basketball player of all time. Canada also contributes the highest number of overseas players to the NBA, with talented young Canadian players featuring strongly in the first-round draft picks since 2010.

“It’s incredible that a young player in Canada can turn on the TV and he’s got a better than 50% chance that he will see and NBA player from Canada Playing. That was rare when I was in high school and college. Now it’s expected and commonplace,” Steve Nash told USA Today Sports in 2016. Indeed, with huge investment in encouraging participation and over 350,000 kids aged 3-17 playing basketball, according to a 2014 Canada Youth Sports report by Solutions Research Group, basketball has actually overtaken the youth participation numbers of hockey.

Compared to previous decades, with the best up and coming Canadian players honed their skills in USA schools, but Ontario and particularly the Greater Toronto area are now consistently producing and developing some of the best talent, while Quebec is also quickly gathering pace in the west, along with British Columbia in the east. Throughout the whole country, the inexpensive grass-roots ease of access to the sport, accompanied by stronger youth coaching and facilities than ever before, mean that many of the best and brightest sporting stars of the future are more likely to be basketball players.

The increasing global appeal of basketball

There’s no doubt that the biggest boom for all sports has come with the internet age, but amongst the key sports in North America, the massive global reach of NBA basketball online has far outpaced NFL football, MBA baseball, NHL hockey, and MLS soccer; with figures suggesting that overseas visitors to the official NBA website double those of all the other sports combined.

That ability to help basketball cross so many international borders and cultural divides makes the NBA a marketing dream, helping the sports to reach into other mediums of popular culture and society. There are movies inspired by the game like Space Jam movie starring Michael Jordan, video games that allow players to take control of their favourite teams such as 2K Games’ NBA 2K series and Basketball Star slot themed game, as well as official merchandise and apparel of every kind.

One of the key ingredients to that growth has been the massive increase of overseas players in the NBA, which inevitably brings a wealth of interest from their countries of origin and from every continent represented; especially Europe and South America. That interest has also brought foreign investment in franchises, particularly from China, where the NBA and basketball has never been more popular than it is now.

It’s also a two-way street, with NBA franchises investing in youth development and schools in a host of different countries around the world. More youngsters are now dreaming that one day, they might be the next Michael Jordan or Kobe Bryant, rather than the next Cristiano Ronaldo or Lionel Messi, in a world that has been dominated by soccer for many decades.

Basketball and that of the NBA variety is truly crossing all boundaries these days, especially in Canada and with its growing legion of players cementing their place in the most popular league in the world, rubbing shoulders with the All-Stars and challenging for the greatest honours. In the not too distant future, “We The North” might just be celebrating more than just the occasional success, as the Canadian basketball revolution continues to gain momentum.

Surviving The Holidays, when you love an Alcoholic