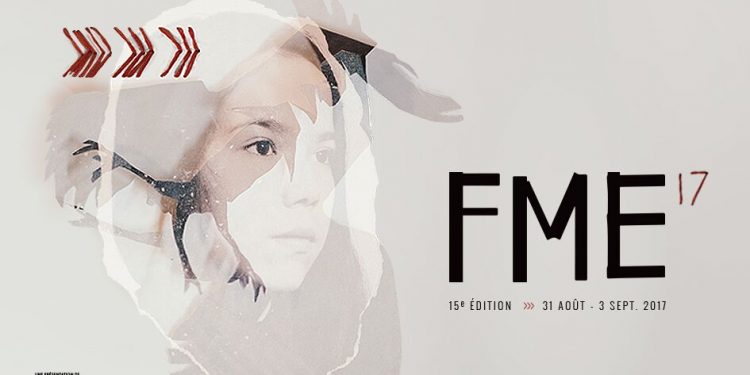 Rouyn-Noranda, Quebec – The Festival de musique émergente en Abitibi-Témiscamingue (FME) puts together a programme that brings together some of the best up-and-coming young artists, more established stars, and bands right on the cusp of fame together.

“We had this crazy idea back in 2002. We were a group of friends tired of having to go to Mtl or TO to see some good concerts. So we decided to organize a music festival in our hometown showcasing artists we like from the indie scene. The first edition was quite small, only 22 bands, but it was already a huge success. So we decided to do a second edition and we doubled the size. The growth of the event over the 5 first years was exceptional. The emerging artists were happy to be touring in the Abitibi-Temiscamingue region and local people really embraced the event, as volunteers, ambassadors and/or as festival goers,” said Jenny Thibault – Vice President of Communications and Marketing Director for the FME.

What is new to FME this year?

“There is nothing new in terms of the concept. We still have the same formula, showcasing a wide spectrum of music. We are a multi-venue’s festival, running shows in more than 20 places, with some outdoors concerts on the street and some in unusual places. So, it’s 4 days of intensive music,” Thibault explained.

“I think it’s because we are located in an isolated place – 7 hours from Montreal – that makes the ambiance and the atmosphere of the festival so unique. You really need to be passionate about music to make it. And, on top of that, people are stoked to be together sharing this experience for 4 days. They can’t go back home after the concert. I think it’s a mix of all this that makes the FME ambiance so amazing. The whole town is vibrating to the rhythm of good music,” Thibault added.

The 15th Edition of the FME is all set to go, from August 31st to September 3rd, 2017! For the schedule and ticket information visit the festival website.

Laura Sauvage is the Bitcoin of emotional release. It’s all those ‘’I don’t cares’’ being scraped from under the table like little green and white chewing gums, made into one – a sculpture of seriously-not-taking-it-seriously. We’ve got Jo Big on drums, Bobo on guitar and Danis on bass and Laura singing and slacking on guitar. Together, we are a sketchy virtual currency.

“The Beautiful” is a tongue in cheek manifesto written from Summer 2016 up until finishing the recording in Spring 2017. We recorded Hello, Hello and Vegas in a camp. Access Denied and You’re Ugly When You Cry were recorded at LaFrette Studios in France after a tour and the rest were worked on in Ben’s (the engineer) Studio in Montréal. We collectively saw it as spewing out art. It was about trying all sorts of ideas and recording more than we needed to clean it up in the end. I also wanted to create little secrets throughout the album. Something to make it crypto-playful the more you listen to it. You can find subliminal messages, a song that never ends if you put it on repeat, people making our late night McDonald’s orders, myself playing pinball, Kat and Julie – my friends from Les Hay Babies, singing on it, etc. It’s all in fun and games but the songs are stoner-poppy and kinda, pretty cynical.

Bring your
party hats and yoga mats, lay ‘em on the flo’.
Take the laces from your shoes and tie them in a bow.
Grab yer partner, grab yer friends, tell ‘em where to go.
Forget poutine, it’s open late, and make it to the show!

KROY is my little playground. it was born in 2012 when i first decided to write songs more seriously. i released my first ep in 2014 and my first full length record last year.

SCACENGER is a collection of songs i wrote throughout the passed 7 years i guess. since it was my first i could really pick and choose from all the songs i’d even written. i didn’t want it to speak about only one thing.
and soundwise i think it sounds like alot of me and alot of what i was listening to at the time of the recording.

I can’t wait to see you guys!

Interview with Audeath of Black Empire

We are a Black Metal band mostly influenced by the 2 first waves of Black Metal! We created Black Empire to reveal and strike the dark side of mankind and this actual society… Our allegiance go to the North and mother Earth! We usually say we do (Abitibian Black Metal), the word Abitibi comes from the native who was here long time ago and it is the actual name of our Region!!

Our last album is a small EP with songs of the 2 next albums and 1 of the last one we make -Darkness is my Throne… We are in Studio right now recording our next full lenght album that will be out just when snow will be back again! This next album called -Of Fire & Soul is a mood I worked on for the past 10 years… It is more primitive and a bit slower than what we usually do but the essence clearly feels the spirit of Black Empire!

I know it will be a good show! FME is always epic! Just be there and live it! Hail! See you in the pit!

GUITAR BOY on Norton Records – Instant party, turn it up, smash the walls, and shake your brains loose.

Really looking forward to the show! We’re gonna have a great time. Hope you got tickets cause we heard the shows are sold out!

We’re a bunch of passionate musicians. We have a strong attraction towards blues and its derivatives.

Its has many different moods. It was written and recorded over one year. Each song has its groove and story. It was made juste like we would have made a movie. There are people, climates, some dialogues, some loud noises, some quiet moments… throughout different sceneries.

It’s okay to close your eyes. It’s helps hearing the music better.
It’s okay to go to bed whenever you want.

I find it hard to describe the kind of music I make since I don’t feel comfortable in any kind of box. But if you really need me to put words on it, then I would say my music is some sort of folk rock with a psychedelic touch. Like singing-songwriting meeting cosmos.

My latest album, Un bras de distance avec le soleil (An Arm’s Length Away From The Sun) is a metaphore in which the sun represents success. Throughout the album, I am having a reflexion on the dark sides of this attraction to the star. Shouldn’t we be careful what we wish for: could standing a little bit more in the shadow actually be a better then standing right in middle of the burning zone?

I am very excited to play at FME. Since the album was released at the end of May, we didn’t get the chance to play that much, so it’ll be one of our very first shows with my new material. I’ll be playing with my band: Guillaume Ethier on drums, Maxime Castellon on bass and both Matthieu Beaumont and Ariane Bisson-McLernon on keys.

The Book Nook: Review of The Stars in Our Eyes by Julie Klam